Lisbeth and I decided to use our whole day – Saturday – for a walk along the river Tergi into Truso Gorge. Truso gorge and Valley is located on the northern slope of the Caucasus towards Russia, along river Tergi. The Truso gorge and Valley is bordering Russia to the north and the area occupied by Russia/ independent state South Ossetia (Tskhinvali Region in Georgian) to the west. The length of the gorge is 25 km. Truso gorge is also rich in hydrocarbonate mineral waters and one can observe traces of these mineral waters along the whole gorge. Therefore banks of the river Tergi are of various colourings.

According my Guidebook, Peter Nasmyth: Walking in the Caucasus, Georgia from 2006 the valley had been inhabited by Ossetians, who had lived there for centuries.

South Ossetia declared its intention to secede from Georgia in 1990 and, the following year, declared de facto independence. In August 2008 Georgia's efforts to regain control of the area suffered a crippling blow when Russia - the South Ossetian separatists' military backers - defeated a Georgian incursion into South Ossetia in a bloody five-day conflict.

The Ossetians of Truso Valley seems to have been among the people displaced as a result of this conflict, today no people seems to be living in the valley. 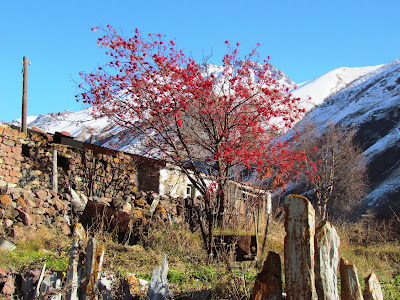 We drove to the village Okrokano. 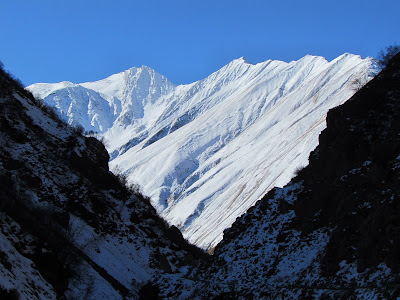 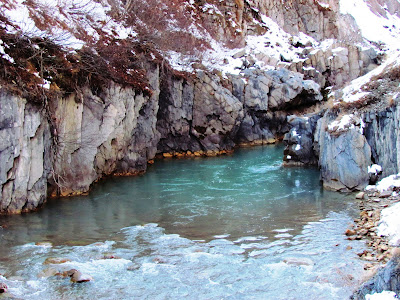 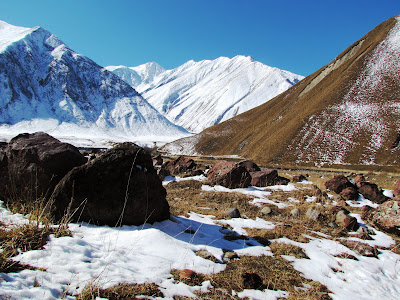 After walking in the Tergi Gorge for an hour it opened up and became a valley. 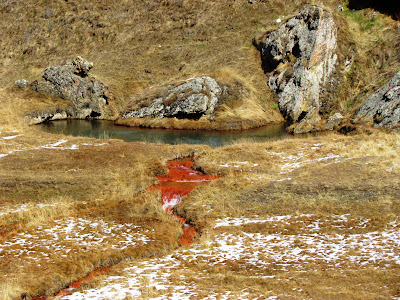 A spring rich in hydrocarbonate, iron and other minerals - like a big bottle of mineral water 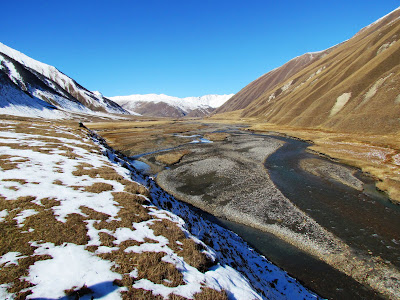 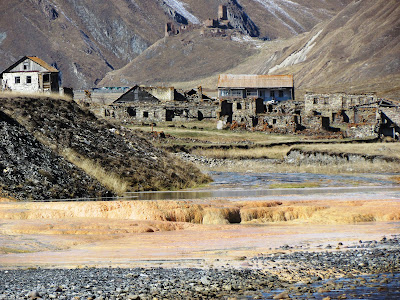 Ketrisi Village, Tergi River and some deposits from a mineral spring 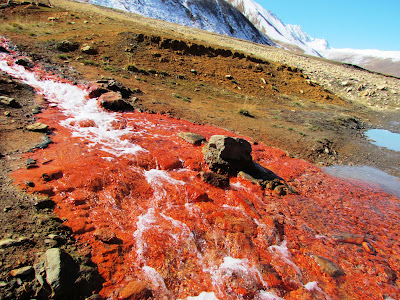 Deposits from another mineral spring 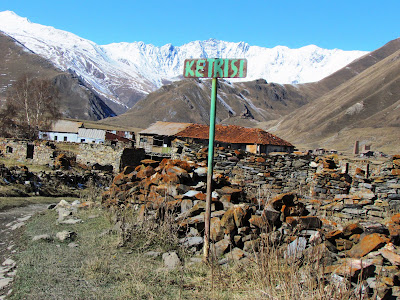 Only ruins were left in Ketrisi Village, no inhabitants any more 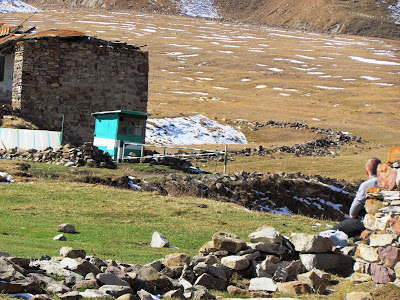 A police post, no trespassing beyond Ketrisi Village – in the foreground another hiker. In my guidebook from 2006 this hike continues to the next village, and there another hike is described that goes further up the valley – but this possibility is history. 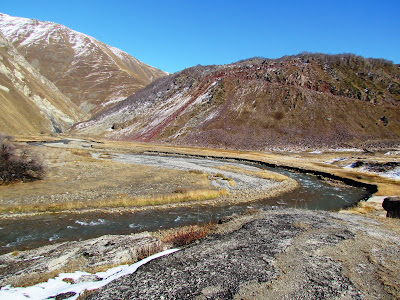 On our way back to Okrokano Village 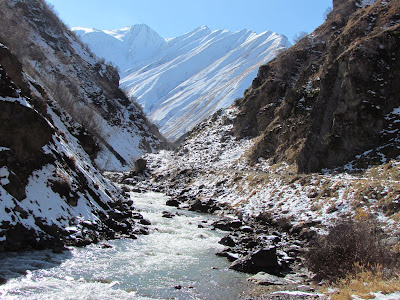 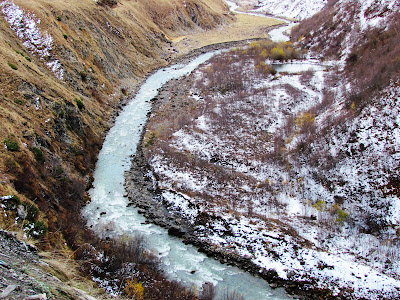 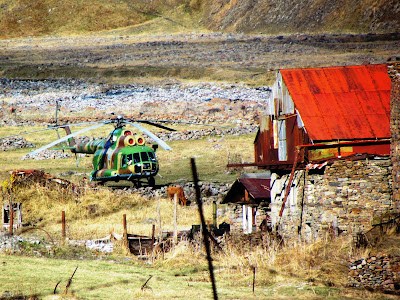 Okrokano Village – with a military helicopter in the backyard of one of the houses
Posted by Jesper Ansbaek at 5:28 AM