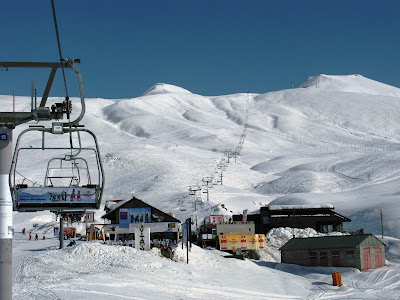 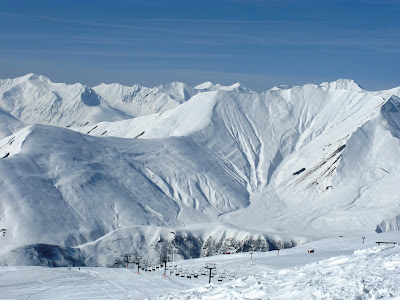 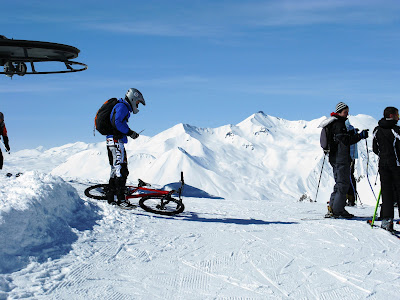 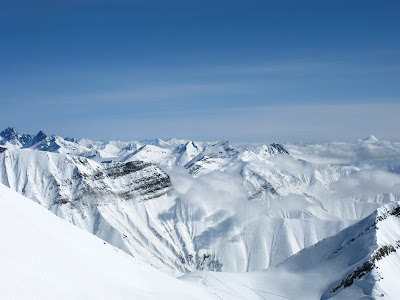 Posted by Jesper Ansbaek at 8:36 AM No comments: 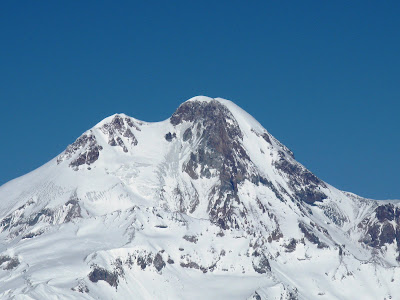 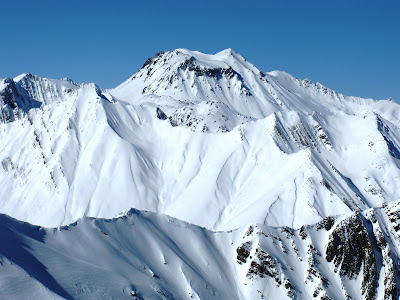 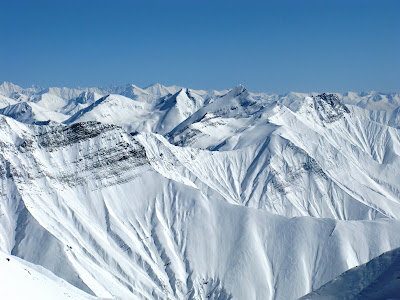 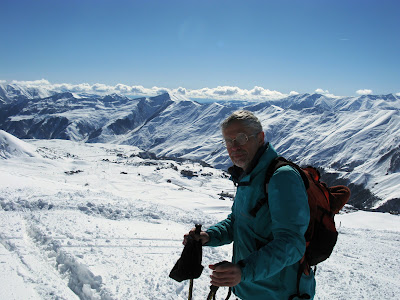 After having planning to go for skiing in the ski resort Gudauri in the Caucasus, 2 hours drive from Tbilisi, we eventually succeeded. The two previous weekends the weather had been so bad that the road was closed.

We were very lucky, not a single cloud, very clear, no wind, perfect for skiing and enjoying the fantastic views over the Caucasus. We very informed that it was the first day this season with good weather for skiing.

We managed to ski without any breaks for 7 hours, no time breaks or lunch. A very nice day, and good sleeping the following night.

The first picture is of the famous Kazbeg mountain 5047 meter, the third highest in Caucasus.
Posted by Jesper Ansbaek at 9:04 PM No comments: 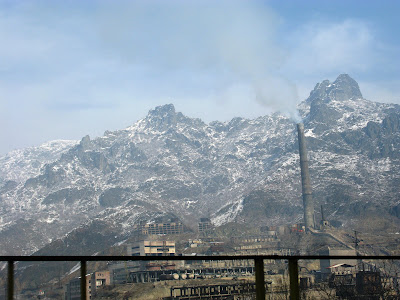 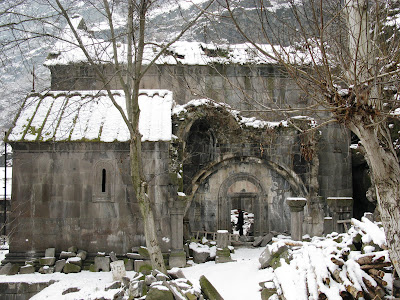 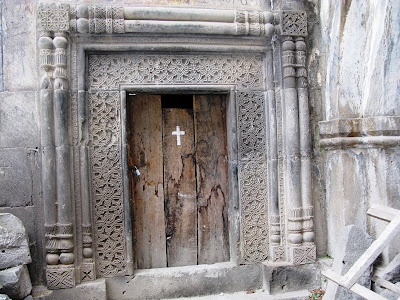 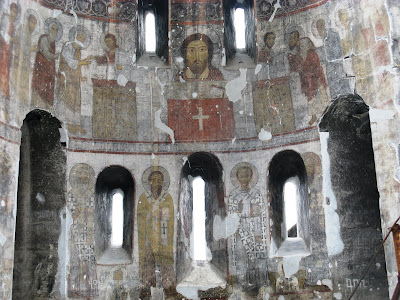 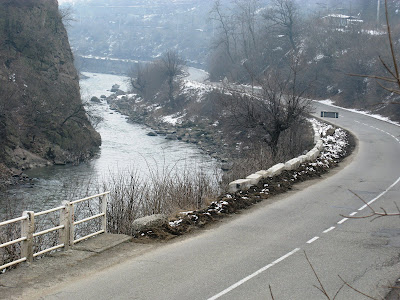 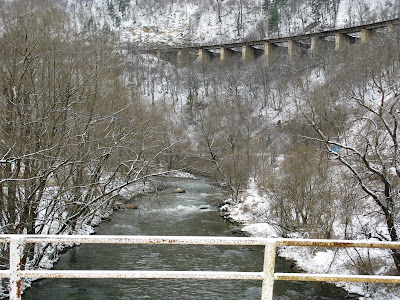 9 - 12 February the team leader of our project and I vent to Armenia, to discuss project progress with our Armenian team. We had some very good and constructive meetings and I think the progress have been good until now.

We went by car as the flights between Tbilisi and Yerevan had been suspended.

The road Yerevan to Tbilisi goes through the beautiful Debed canyon. It the main road to Armenia so there is a rather heavy lorry-traffic, mainly lorries from Turkey, who has to drive the long way through Georgia as the border between Turkey and Armenia is closed.

On the way I proposed to visit one of the many monasteries in Armenia. Kobayr Monastery is not among the most famous monasteries in Armenia, but is said to be one of the most beautiful places in Armenia. Perched on a shelf of the Debed gorge, in an ancient and sacred place where springs seep out of the rock, trees and vines twine among the intricately carved blocks of the monastery. The monastery lies well hidden among trees, so we had some problems in finding it.

The complex history of the region can be illustrated by most of the beautifully carved inscriptions are in Georgian, as is the manner of the splendid (albeit restored) fresco decoration in the churches. This is a result of the monasty being property of the Georgian Orthodox Zakarian family in a part of its history.

Shortly before the Kobayr Monastery we passed the industrial town Alaverdi, one on the several towns with heavy soviet industry complexes, which all collapsed after the fall of the soviet empire. The town is famous for its copper mine and copper smelter. At one point, Alaverdi was allegedly the source of one quarter of the Russian Empire's output of refined copper.

On the way back it was our intention to visit one of the most famous monasteries in Armenia, the Haghpat monastery, also situated in the Debed canyon. But it was unfortunately snowing on our way back, and the driver recommended not taking the byroad which leads to the monastery, as the road was very slippery.
Posted by Jesper Ansbaek at 8:26 PM No comments: